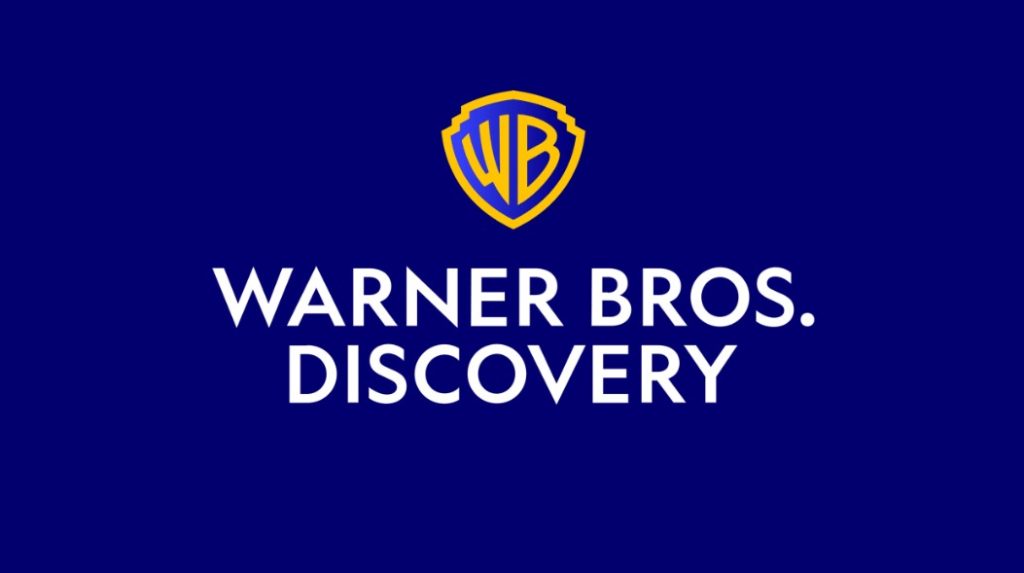 Warner Bros. Discovery (WBD) is a media giant created in April 2022 from the merger of AT&T’s WarnerMedia division and Discovery, Inc. The stock has fallen 65% since the merger from a price of $25 to $9 per share. Why you might ask would anyone be interested in a business where most of the profits come from a portfolio of cable channels in a world of cord cutting, especially when the business has $50 billion in debt?

You would only be interested if the business was cheap. WBD is expected to generate $3 billion of free cash flow in 2022 on its $22 billion market cap, a yield of 14%. You might be even more interested to know there are billions of dollars of unrealized cost savings from the merger and a plan to bring its money losing streaming business to profitability. These initiatives could improve free cash flow to $5 to $6 billion in a couple of years, pushing the free cash flow yield north of 20%. This should allow WBD to quickly paydown debt, reduce leverage, and grow the equity value. Despite cord cutting, it is worth remembering the north star that content is king. With its portfolio of world class franchises and intellectual property, WBD should someday be a very attractive acquisition target for a large tech company.

The stock becomes even more attractive considering it is likely depressed due to technical reasons. WBD was a spinoff from AT&T where shareholders of AT&T were given 70% of the shares of WBD (shareholders of Discovery, Inc. own the other 30%). AT&T’s stable dividend attracts a shareholder base that is conservative and income focused. To these conservative, dividend-seeking investors, a non-dividend paying WBD with risky leverage is probably the last thing they want to own. A large number of these investors likely dumped their WBD shares, putting heavy selling pressure on the stock.

If you spend some time digging into WBD, you’ll soon find that its various divisions own some of the most recognized brands and franchises. You’ll also see a common theme of upside optionality. There is a long list of initiatives to improve the business. These don’t all have to work, but if a handful of them do, the profitability of the business will be significantly increased. Let’s look at each of the segments in turn.

This is a division that I estimate will do a bit under $15 billion in revenues and $3 billion in Adjusted EBITDA (earnings before interest, taxes, depreciation, and amortization) for 2022.

WBD also has perhaps the most underutilized asset in DC Studios (Batman, Superman, Wonder Woman, Aquaman, The Flash, etc.), especially compared to the success of the Marvel Cinematic Universe. DC movies have long suffered from poor quality and the lack of a consistent theme and storytelling. WBD is attempting a reboot of the DC franchise and have hired James Gunn and Peter Safran to lead the project of creating a unified DC Cinematic Universe. James Gunn directed the popular Guardians of the Galaxy movies for Marvel and the well-reviewed Suicide Squad for DC. Peter Safran directed Aquaman (the most successful DC movie) and the Conjuring horror franchise. While turning around the DC franchise is no easy task, WBD is giving it a serious go and the upside is significant if successful.

WBD released just six movies in 2022 with the biggest hits being The Batman and Black Adam. The movie slate next year is much bigger with key titles including The Flash, Shazam, Dune 2, Aquaman, A Willy Wonka prequel, The Color Purple, and Barbie.

WBD also has a successful TV studio that produces content not only for itself but also for many of the other streaming platforms. Whether you are watching Ted Lasso on Apple TV, Abbott Elementary on Hulu, or The Sandman on Netflix, it is actually Warner Bros. behind the scenes producing the show.

WBD has a hidden gem in their video game division. WBD owns popular gaming franchises such as Mortal Kombat, Batman Arkham, Hitman, and makes all the LEGO themed games. This is a division that many of the larger gaming companies would be interested in buying and one WBD could easily sell to raise cash and speed their debt paydown. WBD could then license out their IP to game developers much as Disney does.

The networks segment holds WBD’s portfolio of cable TV channels including HGTV, TLC, Food Network, CNN, TNT, TBS, OWN, and Discovery. This is WBD’s cash cow business with 2022 expected revenues of $23 billion and Adj. EBITDA of $10 billion. This is also the segment most impacted by cord cutting and any weakness in the advertising market.

While cord cutting is a trend that will continue for the foreseeable future, this segment is not evaporating overnight. Live sports will continue to be a draw which means traditional linear TV will be with us for many years. WBD holds the license for important sporting rights to the NBA, March Madness, and the Stanley Cup Finals. Furthermore, the pace of cord cutting could actually slow in future years as the remaining pay TV subscribers are likely to be an older demographic that is less tech savvy and more resistant to change.

This segment houses HBO, HBO Max, and Discovery+. HBO is synonymous with quality TV and houses popular shows such as House of Dragons, Succession, The White Lotus, Euphoria, and Peacemaker and future series such as The Last of Us and The Idol. HBO Max and Discovery+ represent the future of the company in streaming.

The D2C segment should do $10 billion in revenues in 2022, but will also lose $2.5 billion in EBITDA. However, management has guided to 2022 as peak EBITDA losses, breakeven in 2024, and $1 billion of EBITDA profits in 2025. This also involves growing total subscribers from 95 million currently to 130 million.

How can WBD pull this off? The major catalyst is a combination of HBO Max and Discovery+ into a single streaming service. There are significant synergies in the combined product. HBO is the leader in high quality tent-pole scripted content such as Games of Thrones and has a male skew in its viewer profile. Discovery+ is the leader in unscripted TV with popular shows such as Shark Week, Fixer Upper, and various cooking shows on Food Network that have a female skew. HBO’s must watch content is great at attracting new subscribers but struggles with high churn once the show is over. Discovery’s unscripted content has low churn but struggles more with attracting new subscribers. A combined service will have content that appeals to more members of the family and both high octane drama and casual TV viewing. This new service has the potential to acquire new subscribers with HBO’s content and reduce churn with Discovery’s shows.

The combined streaming product will also lead to significant cost synergies. WBD will be able to migrate from having two tech stacks to a single tech stack. WBD can also reduce sales and marketing expenses by promoting just one streaming product vs having to promote two brands. The combined product will likely significantly improve HBO Max user experience as it is Discovery that has the much better tech stack. Looking at Apple app store reviews, Discovery+ averages 4.87 out of 5 stars while HBO Max averages just 2.98 stars due to users complaining of bugs and glitches.

The new streaming service will have both a higher-tier ad-free model and a lower-priced ad-supported model. It is expected to launch in the spring of 2023 in the US, followed by Latin America in the fall and additional continents in 2024.

In addition, WBD plans to launch a free ad-supported streaming TV (FAST) product similar to Pluto TV and Tubi TV. This will allow WBD to generate additional advertising revenue and tap into consumers unwilling to pay for subscriptions.

WBD management has guided to between $9-9.5 billion of EBITDA for 2022 and $3 billion of free cash flow after all expenses and capital expenditures. For 2023, management expects to realize more than $2 billion of cost savings from merging Warner with Discovery and cutting unprofitable programs such as CNN+. This could translate into EBITDA of $11-12 billion for 2023. At 33-50% cash flow conversion (management guidance), this could yield 2023 free cash flow of $3.6 to $6 billion. At current prices, this would translate to a 16% to 27% free cash flow yield on market cap. There is room for additional improvement in 2024 and 2025 as losses narrow for the D2C division.

WBD plans to use the cash flow to quickly pay down debt. Net debt should decrease from 5x EBITDA at the end of 2022 to 2.5-3.0x by the end of 2024. With reduced leverage and risk and especially when the advertising / macro sentiment improves, WBD could easily double from current prices and still trade at a reasonable 10% free cash flow yield to equity.

While I would be happy to just own WBD for its improving profitability and high cash flows, it could also become a consolidation target in few years. In an increasingly competitive streaming market, quality content and scale will ultimately win. Much like Amazon’s $8.5 billion acquisition of MGM, another tech giant (Apple/Microsoft/Google) could be interested in the quality content that resides inside WBD.

What is the smart money doing? Insiders have repeatedly purchased stock at higher levels this year. The CEO, CFO, President of International and multiple directors have all purchased stock at prices between $14 to $20 per share. Most recently, famed media investor and major shareholder John Malone sold put options on 2 million shares of WBD expiring May 2023, indicating a willingness to purchase the stock at an effective price of about $9.

I wrote this article myself, and it expresses my own opinions. I am not receiving compensation for it. I hold a material investment in WBD shares.

The information in the article is provided for informational purposes only. It should not be construed as investment advice or advice on buying, selling, or other types of transactions relating to an investment in products or services, much less an invitation, an offer or a solicitation to invest.

Three Reasons the Housing Market is About to Get Worse

Get our latest personal finance tips and market outlook straight to your inbox!

Plus, receive our free article on “The Magic of Compounding and the Three Parts to Building Wealth.” 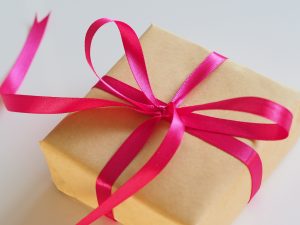 The instructions below are only relevant to those who participated in the Series I bond gifting strategy that I wrote about last year. https://www.thinkdifferentwealth.com/series-i-savings-bonds-at-9-6-and-advanced-gift-box-strategy/ As a 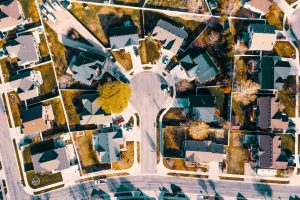 Three Reasons the Housing Market is About to Get Worse

If you follow news in the housing market, you may have seen that existing home sales transactions have fallen 20% year over year in July 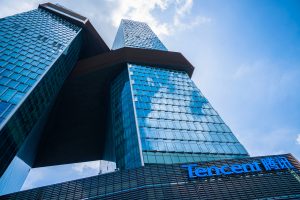 Tencent dominates the social media landscape in China and the online gaming market globally. Its WeChat application has 1.3 billion monthly active users and is